You are here: Home / President's Cup

The President’s Cup Final’s Day showcased the incredible talent at club level and displayed the overwhelming support that WP Club Rugby receives from their local supporters. The teams and their supporters are a true reflection of Western Province rugby; filled with passion, pride and heritage.

The highlight of the day was the fact that supporters could enjoy a festival of club rugby and celebrate Heritage Day with a Bring ‘n Braai in the stadium. The smell of braai added to the electric atmosphere and proudly Cape Town gees on the day.

This event would not have been possible without the support of the official sponsor TotalSports and supplier TJ’s Braai. A huge thank you to our media partners: Cape TV and Die Burger.

What an incredible way to end of the season. We look forward to bigger and better President’s Cup Final’s Day in 2017!

Click here to view all the photographs of event. 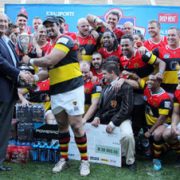 The aim of the President’s Cup Finals Day was to showcase the incredible talent at club level and display the overwhelming support WP Club Rugby has from their local supporters.

The highlight of the day was the fact that supporters could enjoy a good day of club rugby and celebrate Heritage Day with a Bring ‘n Braai in the stadium, courtesy of TJ’s Braai. This added to the electric atmosphere and proudly Cape Town gees on the day.

The players’ highlight of the day was the Deep Heat area where they received a massage after a hard day of rugby.

Thank you to all the club supporters who made their way to DHL Newlands and congratulations to all our Super Fans who walked away with R500 cash and a DHL WP Rugby jersey! Congratulations to the Super Fan Teams, Hands and Hearts and Uni Mil supporters, who showed the most spirit on the day. The two teams walked away with a R5000 donation towards their club! All the Super Fan prizes were generously donated by Castle Lager.

The crowd a DHL Newlands thoroughly enjoyed this unique experience. This could not have been done without the support of the official sponsors on the day: Castle Lager SA, TotalSports, Powerade, Deep Heat, DHL, Builders Warehouse and TJ’s Braai. A huge thank you to our media partners: Cape TV, Bok Radio, Die Burger and Good Hope Fm.

What an incredible way to end of the season. We look forward to bigger and better President’s Cup Final’s Day in 2016! 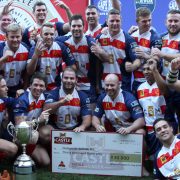