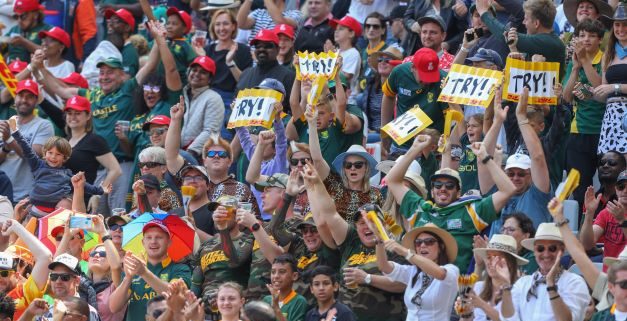 SA Rugby on Tuesday welcomed the announcement by State President Mr Cyril Ramaphosa that rugby venues would be permitted to accept up to 50 percent of its capacity for vaccinated or COVID-19 negative attendees.

The change in the regulations means that the requirement that only 2 000 vaccinated fans would be allowed into venues has been relaxed for Vodacom United Rugby Championship and Carling Currie Cup henceforth.

It’s just over two years since South Africa’s rugby venues were last able to host an unrestricted audience, but the revision in the existing regulations was welcomed by SA Rugby.

“This is a major relief for our sport,” said Mr Mark Alexander, president of the South African Rugby Union.

“These have been two incredibly tough years for our teams, and we are excited to welcome more people back into stadiums for all levels of the game, from the Vodacom United Rugby Championship, and Carling Currie Cup, to club level.

“We have seen in the response to the ticket launch of the Rugby World Cup Sevens in Cape Town in September, that there is an appetite to share once again great rugby occasions with our friends and family.

“We have six Springbok test matches to look forward to across the country from July and it will be great to see the Boks running out in front of a proper crowd in South Africa for the first time since 2019.”

Mr Alexander said rugby would continue to observe the necessary protocols applicable to venue attendance in relation to public health and safety.

“We’re very grateful for the good news from President Cyril Ramaphosa tonight,” he said. “Rugby remains in ICU as we battle for sustainability but there is now a glimmer of light at the end of the tunnel.”

The Springboks kick off their season with a three-Test series against Wales, starting at Loftus Versfeld in Pretoria on 2 July.

A First for DHL Lifesaving SA Champs
Scroll to top