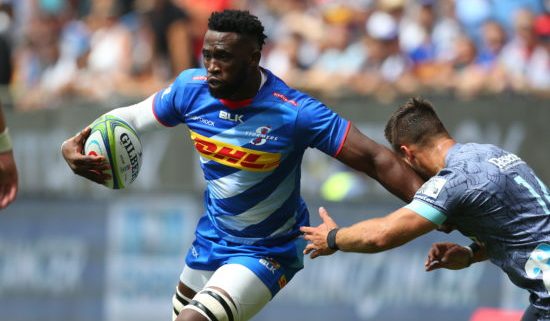 Treble is proud to announce that Infinetix have joined WP Rugby as its official IT supplier, which will see Infinetix providing valuable technological equipment for use by both the players and the entire team management.

Treble was approached to assist with a need to bring the DHL Stormers team up to standard from a technology perspective. The connectivity, process speed and lack of number of devices was hindering the team. Treble engaged with Director of Infinetix, David Musikanth, to conduct a review of the DHL Stormers current needs and requirements.

With the help of Infinetix, a technology blueprint was set up to assist the team and work towards adding to the solution going forward. Infinetix are experts in their field and have an end-to-end solution in assisting WP Rugby with their technology requirements. Working with Infinetix and understanding their initial commitment, Treble was then able to work with WP Rugby to structure the commercial terms between the parties.

Infinetix have been dominant leaders in the IT industry over the last 12 years, with a national footprint in most major provinces in South Africa. The company specialises in Enterprise Solutions, Platform Integration and Managed Services. As official IT supplier to Western Province Rugby, Infinetix have provided laptops, backpacks, locks, monitors and external hard drives at the High Performance Centre in Bellville for use by players and management.

DHL Stormers Head Coach John Dobson says the equipment provided by Infinetix has been invaluable during the nationwide lockdown, with players and coaches relying even more heavily on technology to stay connected from home.

“The timing of this incredible support from Infinetix could not have been better. Rugby is becoming more reliant on technology as the game evolves, so the new IT equipment from Infinetix allows us to keep up to speed in terms of our analysis and understanding of the game,” he said.

Director of Infinetix David Musikanth said that his company are thrilled to join the Western Province Rugby fold as official IT supplier and look forward to growing the relationship in the future.

“The DHL Stormers’ brand power expands far beyond the reaches of our borders and we are proud to have this opportunity to support them in the coming season. We like to think of ourselves as the 16th player of their squad where remote working and off-field game analysis is critical during these prodigious times.

Re-imagining the Sport Industry in SA
Scroll to top